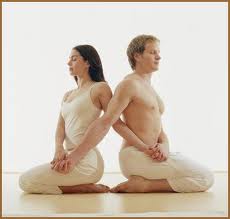 Is renunciation and celibacy important for attaining Moksha? If celibacy is not important then why do monks take that path? How does renunciation help the monks better than laymen? In what ways is their path better compared to those who lead a married life? Request you to answer this for me.

Enlightenment is the state of naturally maintaining knowledge of oneself as pure awareness at all times. 24/7. This means that all the blocks and issues of fear, doubt, ignorance that have kept our consciousness trapped into ego and survival pursuits have been dissipated.

This idea is sometimes illustrated with the image of awareness moving up the spine from the lower chakras that associated with survival, lust, appetite, greed, control when the energy is blocked and locked. As the conditioning is released, the flow of consciousness is allowed to move up and activate the higher centers of love, compassion, creativity, insight, unity with the cosmos, and self-realization. As awareness expands and becomes more free (hence the term moksha or freedom) it doesn’t cease from flowing in the lower chakras, but as it is no longer trapped and identified with those emotions and beliefs, it can express the true quality of these chakras.

So instead of being driven by survival instincts and a fear of death, this root chakra is now radiating the quality of calmness, equanimity and non-attachment. The second chakra is now able to express desire and attachment as unconditional love, devotion and a yearning to merge with beauty and truth. This is what spiritual celibacy is really about—transforming the flow of consciousness by removing the blocks of ignorance.

Enlightenment and the freeing of the primal energies that this kind of celibacy implies, comes from the purifying effects of spiritual practices like meditation and yoga asanas. This transformation of energy doesn’t have much to do with not having sex or removing yourself from society. In fact, we know that monks and priests can take vows of celibacy for life, but if they don’t actively change the structure and flow of their primal energies, then their guilt and repressed lust only creates more emotional disturbances and eventually manifests as aberrant behavior.

So how did celibacy and asceticism get associated with enlightenment in the first place? Well, if one is meditating and taking steps to remove these old obstacles and open up the channels of energy, it can be helpful to stop reinforcing the old patterns of behavior for a period of time to give the new, true pattern of expression a chance to take hold.

Eventually people misunderstood the temporary supportive environment for awakening for the actual mechanics of awakening. Soon sex was seen as a bad thing that blocked spiritual progress and desire to be close to family and friends was viewed as spiritual immaturity until detachment dawned and you renounced the world.

These misconceptions have grown stronger over the centuries and have contributed to a great deal of suffering and confusion. But ultimately enlightenment is not about external behavior. Once the energies of the real you are functioning freely, then the natural expression of your life can involve sex or not, renunciation from society or not. That becomes a matter of your dharma or purpose in life.

Neither path is superior to the other. Both are living in complete freedom, both are radiating the same pure light but it is being filtered through different dharmas, like different colored glass, so it is seen as different from the outside. And since monkhood is a rare calling, most of us are cut out to be sexually expressive, social beings. If we put aside the sexual guilt, shame and sense of spiritual inferiority, we will find that spiritual awakening will unfold more easily.