May Flower - A Poem by Emily Dickinson

Pink, small, and punctual, Aromatic, low, Covert in April, Candid in May, Dear to the moss, Known by the knoll, Next to the robin In every human soul. Bold little beauty, Bedecked with thee, Nature forswears Antiquity. - by Emily Dickinson (1830-1886, an early American poet)

The Law of Attraction and Sankalpa - Dr. Deepak Chopra

The Law of Attraction and Sankalpa By deepak.chopra The Sanskrit word Sankalpa helps us understand how conscious desire serves as the underlying structure for the manifestation of one's intention. Sankalpa is the subtlest level of intention at the cusp of choiceless awareness and thought. It is like the seed structure of intelligence around which time, space, and matter consolidate into a manifested event. The fundamental mechanics of… Continue

On Spreading Ripples of Peace 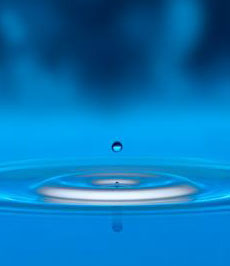 Fix your mind inwardly between the eyebrows on the shoreless lake of peace. Watch the eternal circle of rippling peace around you. The more you watch intently, the more you will feel the wavelets of peace spreading from the eyebrows to the forehead, from the forehead to the heart, and on to every cell in your body. Now the waters of peace are overflowing the banks of your body and inundating the vast territory of your mind. The flood of peace flows… Continue

How to Celebrate Earth Day – April 22

How to Celebrate Earth Day – April 22 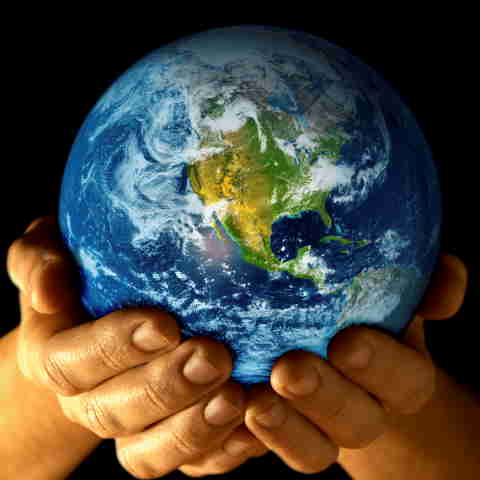 The celebration of Earth Day on April 22nd began in the United States in 1970 and was the brainchild of Senator Gaylord Nelson, who had long pondered about finding a way to "put the environment into the political 'limelight' once and for all". There are actually two Earth Day celebrations (the other one is held in March on the equinox) but this article focuses on the April 22 Earth Day, which is now… Continue 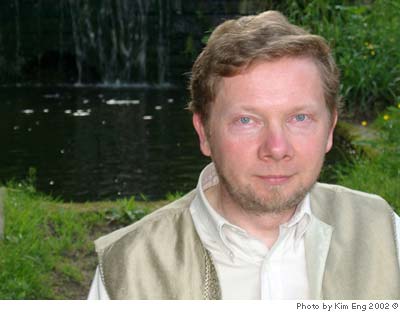 Introduction “We’d like to welcome the author of The Power of Now, Eckhart Tolle, whose book has sold almost 100,000 copies!” The year was 1999, and I was attending a conference in La Jolla, California, sponsored by Inner Directions, a book publisher of spiritual teachers philosophically aligned with the nondual enlightenment tradition. Eckhart Tolle was the… Continue

Excellence Is Not Enough - Anthony Robbins 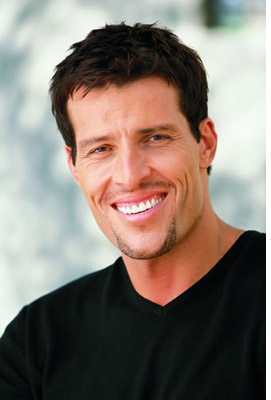 Introduction The memory is still crystal clear in my mind. It was the summer of 1996, and like most days in Marin County, California, the sky was blue, the sun was shining, and a warm breeze was blowing in off the San Francisco Bay. I had been working for about twelve months as sales manager of a company that provided screenprinted sportswear to the Bay… Continue 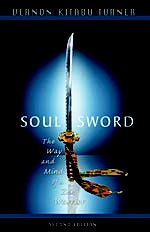 Introduction "Yeah, I know Vernon," said the voice on the other end of the line. I was talking with Detective Willie Mills of the Portsmouth, Virginia, police department's Crime Prevention Unit, a martial artist and former student of the renowned jujitsu master C. O. Neal. Until I'd managed to get Detective Mills on… Continue Yantras painted by Vesna Veberic from Yoga Vidya Center Koblenz. Yantras are geometric works of art, ideal to prepare yourself for Meditation . You can see these Paintings in my.yoga-vidya.org , and in higher resolution on Flickr - really… 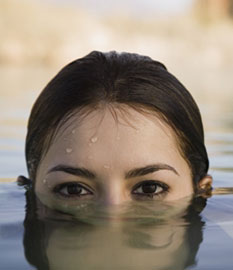 Sit comfortably and breathe deeply. Allow the breath to gently fill you from the depths of the lower abdomen and up to the collar bone. Take three deep breaths and then watch as the breath returns to its relaxed state. Reality is taking place now, you are just not aware of it. We are so conditioned with responses to everything that our inner voice gets squashed in the mix. This witness sees everything though. Which nostril are you breathing out of?… Continue Love arrives, And in its train come ecstasies, Old memories of pleasure, Ancient histories of pain. Yet if we are bold, Love strikes away the chains of fear, From our souls. We are weaned from our timidity, In the flush of love's light, We dare be brave, And suddenly we see, That love costs all we are, And will ever be. Yet it is only love which sets us free. - Maya Angelou, from Touched By An… Continue (The Tao Te Ching or Dao De Jing (traditional Chinese: 道德經; simplified Chinese: 道德经; pinyin: Dàodéjīng), originally known as Laozi (Chinese: 老子; pinyin: Lǎozǐ), is a Chinese classic text. Its name comes from the opening words of its two sections: 道 dào "way," Chapter 1, and 德 dé "virtue," Chapter 38, plus 經 jīng "classic." According to tradition, it was written around the 6th century BC by the sage… Continue 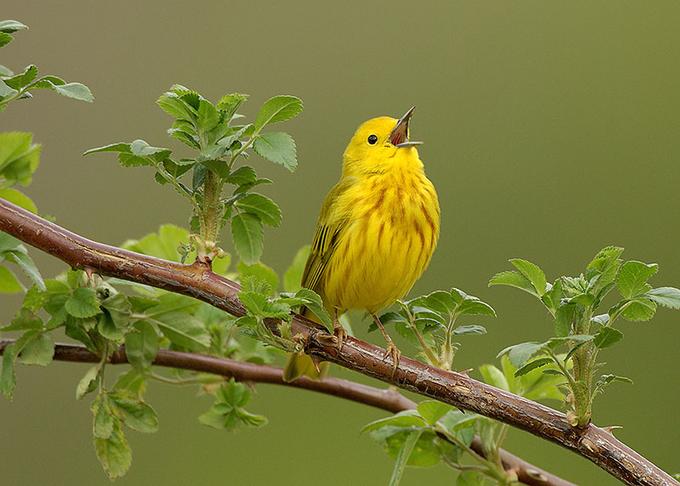 March 31, 2009 Question: I have changed my life and every day I am learning and growing spiritually, I have notice that the friends I have do not interest me anymore, even my family seems to be taking second place and this makes me feel so alone I feel like I have no one, my spiritual life comes first before anything else I am so happy to be able to embrace this part of me, and it have taken full… Continue White Cherries are blooming, Wild birds are dancing, Green grass is shining, I ask them why they are so merry, They say, Come outside brother, Break the shackles of dead old habits, The tiresome chambers of cubicles, And empty hopes of vanity fairs, For spring has come, And time has come to shine and smile. -Bijay Raut, Spring… Continue

Review of the Day 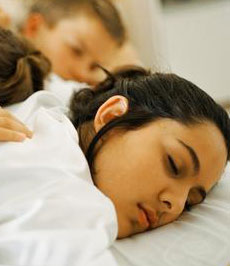 Every night, before falling asleep, review the events of the day. Start with the first thing you remember and then continue as if you were watching a movie starring you. Try to remember everything. For instance, you may remember the alarm going off and you turning it off, pulling down the blanket and swinging your legs over the side of the bed to get up. Don't simply rehash how you usually go through your life's routine but rather note each nuance. An… Continue After an extraordinary long, cold and snowy winter, spring has arrived in Germany. Here you can see a few spring flowers, taken around Yoga Vidya Ashram Germany. Spring is a very special time here - natural beauty is very suitable for…

Mindfulness - Be Here, Be Now 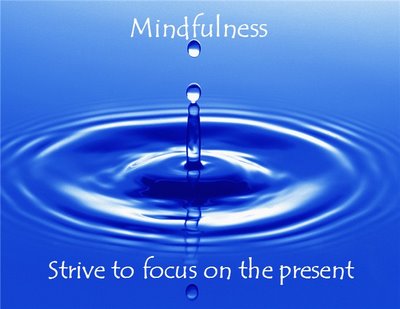 Mindfulness is a mental state, characterized by concentrated awareness of one's thoughts, actions or motivations. Mindfulness (Pali: Sati; Sanskrit: smrti) plays a central role in the teaching of the Buddha where it is affirmed that "correct" or "right" mindfulness is an essential factor in the path to enlightenment and liberation. It is the seventh element of the Noble Eightfold Path, the practice of which is held in the… Continue

How Positive Psychology Can Boost Your Business - BusinessWeek

How Positive Psychology Can Boost Your Business: In tough times, entrepreneurs try the so-called science of happiness to build thriving companies To understand how positive psychology—the so-called science of happiness—is being used by entrepreneurs, it helps to look at a company under siege. After all, it's one thing to talk about the connections between a positive mental state and a healthy company when a business is running well,… Continue

Ambition to Meaning: Finding Your Life's Purpose "As you move into the meaning phase of life, it's not as if you lose your ambitions; you begin to have ambitions about other things." Tools of Personal Transformation – Higher States of Consciousness Since consciousness is the basis of all reality, any shift in consciousness changes every aspect of our reality. Reality is created by consciousness differentiating into cognition, moods, emotions, perceptions, behavior, speech, social interactions, environment, interaction with the forces of nature, and biology. As consciousness evolves, these different aspects of consciousness… Continue