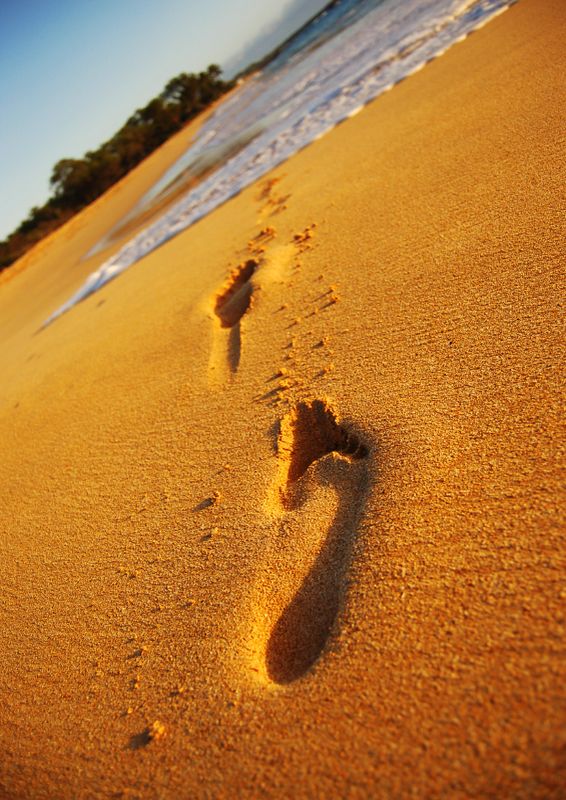 Enlightenment or evolution has got two steps. The first step is from becoming somebody to nobody. It is not getting stuck in something or somebody. You get stuck being somebody in two cases - either you are too special or you are hopeless. People get stuck in the seat. If you don't give them a proper seat, that's it. That pushes their button. “What difference does it make if I sit on the sofa or on the carpet? I remain what I am.” Meditation is from being somebody to becoming nobody. Dissolving of ego is from somebody to nobody.

The second step is from nobody to everybody. That is the state where you feel oneness with everybody, you feel that you are a part of everyone and everyone is a part of you. That is the reason why Jesus said, "If you have to go to my Father, there is no other way, you have to go through me and me alone." Krishna said the same thing to Arjuna. He addresses him in three terms. First he says, "Surrender to Him who lives in everybody's heart". Then he says, "Just surrender to me." And then he says, "Surrender to that divinity that is deep in yourself and get out of this illusion of ‘me’ and ‘you’ and all the separation.”

The whole universe is one organism, one living Being. And each mind is just a part of that. This is the highest knowledge, the universal truth. You are in everybody. Only then the real service also begins. That service is really authentic. You see someone suffering and you feel you are suffering too or you see somebody getting hurt, and you also feel the pain.

See, the body is decaying. Whatever you do, your body is perishable. The direction of body is towards perishing, is towards decay. And the direction of your soul should be towards the immortal, the non-changing, imperishable. As you grow older, your mind should mature and look towards that eternal something that is undying, that doesn't age. That is deep in you: the spirit.

There is so much suffering in the world and that's why we need to be very active in giving this knowledge to as many people as possible. You can. All those who have learned meditation, and all those who have not learned meditation also, just get together, do some reading and satsang, meditate together, eat together; share lives together. Once in fifteen days, once in a month, have a sort of community get-together. And talk about knowledge. Instead of gossiping or talking something just trivial, why not talk about knowledge, wisdom? Putting your mind into something that is eternal is worth doing.

We need to improve the quality of life. Just look at the children when they are in kindergarten, in nursery school; there is so much joy, there is so much happiness, celebration in their life. And, as they grow older, when they go to high school, see how they are? Do they grow in joy, in bliss, in celebration, or are they going towards violence, hatred, unfriendly behavior, stress, frustration, agitation and dullness? Is this what we are doing to the children? And we spend thousands of dollars to bring this suffering on to them. And this we call as education? Losing all the human qualities is called education! That's ridiculous, no?

And this is not an instance here and there. This is widespread, nearly the same all over the globe. Maybe not so much in developing countries but especially in all the developed countries and metropolitan cities - there is absolutely no human quality at all being expressed. I wouldn't say they have died out. They are there but are never expressed. So there is such frustration, such pain, such suffering all over and we need to do something about it.